Stek shortlisted for Netherlands law firm of the year 2017

Stek has been shortlisted by the authoritative organisation Chambers for the Chambers Europe Award 2017 for the Netherlands. In their words: “These awards honour the work of national and international law firms across Europe on the basis of research for the upcoming edition of Chambers Europe. They recognise a law firm’s pre-eminence in key countries in the region. They also reflect notable achievements over the past 12 months including outstanding work, impressive strategic growth and excellence in client service”.

Click here for an overview of the nominations per country. The results will be announced during a festive ceremony in London on 7 April 2017.

Six years after winning the Client Service Award of Chambers we again thank our clients for their positive feedback that resulted in this nomination. 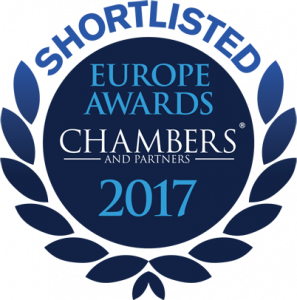 We are delighted to announce that Tahmina Faez joined Stek as an associate in our Finance group. Tahmina advises banks …

We are pleased to announce that Emma van Wagensveld has joined Stek as an associate in our Corporate group. Emma …